Val in the news

​Life in lockdown for Doncaster's Great British Bake Off star﻿
Val speaks on her experiences during the Coronavirus lockdown, how she has kept busy through baking and recalls past experiences that have helped through these difficult times. 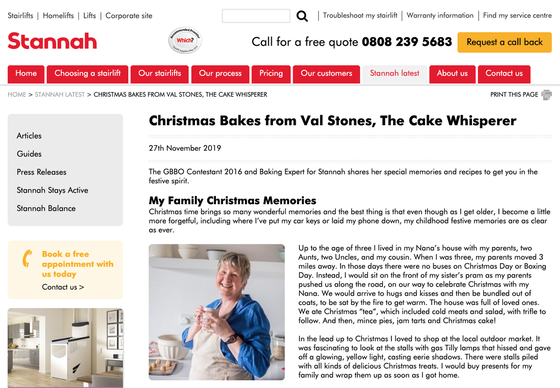 Christmas Bakes from Val Stones, The Cake Whisperer
Val shares fond memories of family Christmases as she grew up and
​also shares some of her favourite recipes for the festive season. 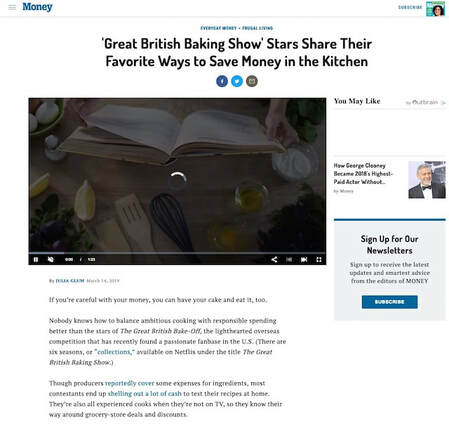 'Great British Baking Show' Stars Share Their Favorite Ways to Save Money in the Kitchen
Money, 14 March 2019
MONEY asked seven of the show’s stars what their best tips are for saving money in
​the kitchen. Here’s what they said.

Click here to go straight to the question https://youtu.be...... 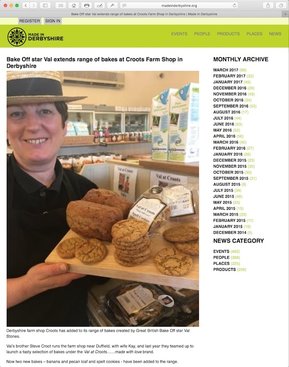 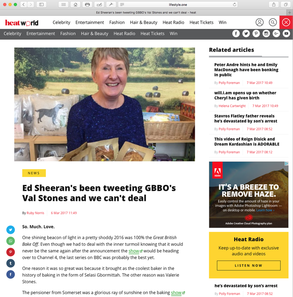 ​One shining beacon of light in a pretty shoddy 2016 was 100% the Great British Bake Off. Even though we had to deal with the inner turmoil knowing that it would never be the same again after the announcement the show would be heading over to Channel 4, the last series on BBC was probably the best yet.

One reason it was so great was because it brought as the coolest baker in the history of baking in the form of Selasi Gbormittah. The other reason was Valerie Stones. 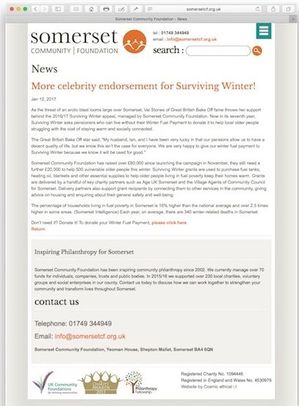 ​As the threat of an arctic blast looms large over Somerset, Val Stones of Great British Bake Off fame throws her support behind the 2016/17 Surviving Winter appeal, managed by Somerset Community Foundation. Now in its seventh year, Surviving Winter asks pensioners who can live without their Winter Fuel Payment to donate it to help local older people struggling with the cost of staying warm and socially connected.

Somerset Community Foundation has raised over £80,000 since launching the campaign in November, they still need a further £20,000 to help 500 vulnerable older people this winter. 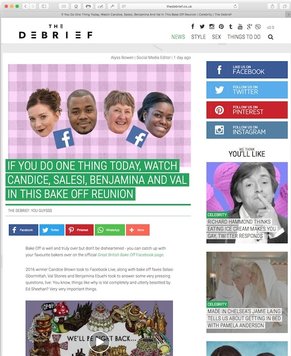 The D Brief
​If you do one thing today, watch Candice, Salsai, Benjamina and Val in this bakeoff reunion. 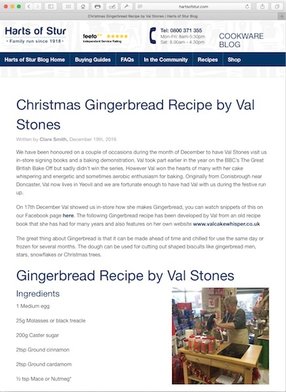 Harts of Stur
www.hartsofstur.com
We have been honoured on a couple of occasions during the month of December to have Val Stones visit us in-store signing books and a baking demonstration. Val took part earlier in the year on the BBC’s The Great British Bake Off but sadly didn’t win the series.

However Val won the hearts of many with her cake whispering and energetic and sometimes aerobic enthusiasm for baking. 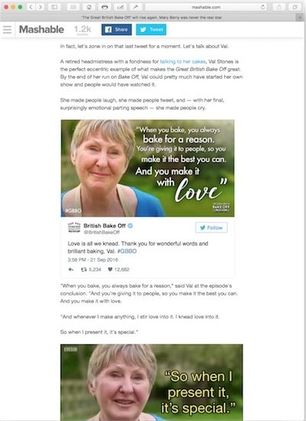 Mashable
A retired headmistress with a fondness for talking to her cakes, Val Stones is the perfect eccentric example of what makes the Great British Bake Off great. By the end of her run on Bake Off, Val could pretty much have started her own show and people would have watched it. 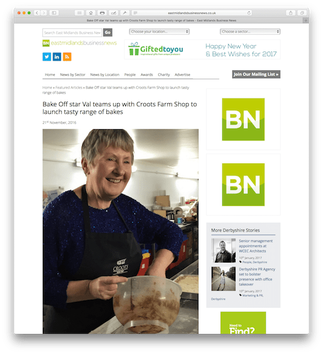 Bake Off star Val teams up with Croots Farm Shop to launch tasty range of bakes. 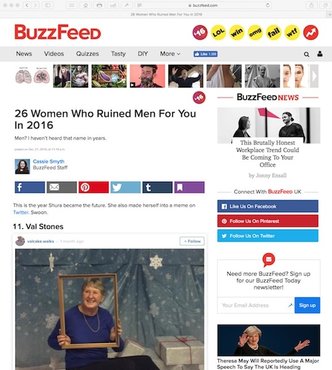 All hail the 2016 Bake Off queen. She’s let us all know we should never give up and she’s teaching us all her magic over on Instagram. She is the 2016 antidote. 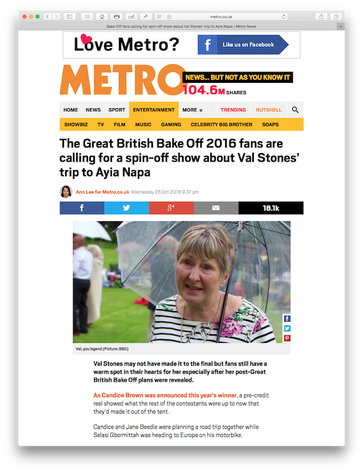 The Great British Bake Off 2016 fas are calling for a spin-off show about Val Stones. 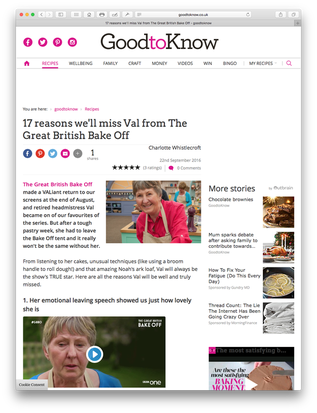 17 reasons we'll miss Val from The Great British Bake Off.